/ China and the World Roundtable

Editor's Note: Hong Kong will hold its first elections since implementing the electoral system reform, aimed at preventing subversives and radicals from contesting elections in order to maintain law and order in the special administrative region and ensure it continues to prosper. Will the electoral reform help safeguard the SAR's security and maintain its prosperity? Two experts share their views on the issue with China Daily:

The magnitude and frequency of foreign interference in the domestic affairs of China have not been seen in any other sovereign state in the past decade. Although the interferences have not been through military action, the intention of some foreign powers to isolate China from the international community and to contain its rise has indeed breached the limits of any diplomatic decorum.

Of all the targets, the Hong Kong Special Administrative Region has been the favorite of the meddling foreign powers. Some Western powers, in the name of promoting liberal democracy, openly supported the violent demonstrators who held Hong Kong to ransom for the major part of 2019. US House Speaker Nancy Pelosi went to the extent of saying that the territory-wide violent protests were "a beautiful sight to behold", baring the fact that the United States has indeed been interfering in the governance of Hong Kong.

Some Western politicians even launched a blistering vilification campaign against the implementation of the national security law in Hong Kong, which the National People's Congress, the country's top legislature, enacted to restore law and order in the territory.

Although the hostile Western powers have imposed a punitive ban on the use of cotton from China's Xinjiang Uygur autonomous region, their focus has remained on Hong Kong. They intensified their anti-China campaign when the NPC passed the electoral reform plan for the SAR under the "one country, two systems" framework in March this year. The Western detractors made the same noises when the Hong Kong Legislative Council (LegCo) promulgated the "Improving Electoral System (Consolidated Amendments) Bill 2021" in April to introduce necessary changes in the SAR's electoral system according to the NPC reform plan.

The new legislation seeks to improve Hong Kong's electoral system, including the election to the LegCo and the method for selecting the chief executive of the SAR. The long overdue electoral overhaul is to ensure "patriots administering Hong Kong", and plug the loopholes that allow foreign powers to interfere in Hong Kong affairs.

Any impartial observer would concur that the eligibility requirements for legislators in Hong Kong are not very different from other places that elect lawmakers through democratic elections. No legislature in the world would allow a candidate to enter the electoral race without vetting his or her nationality, antecedents, and loyalty to the nation. More so, in Hong Kong where these basic requirements were being misinterpreted by some errant lawmakers, and the system to vet the candidates' eligibility was generally lax.

Past incidents involving distasteful, if not indecent, shenanigans at the swearing-in ceremony of Hong Kong LegCo serve as a grim reminder of the slack electoral system before the reform.

No democracy would ever compromise on its lawmakers' political allegiance to the nation. If any lawmaker on the Capitol or in Westminster were to swear allegiance to another country, much less an adversary country, wouldn't he or she be charged with treason and punished according to law? By accepting this as the norm in the West, but calling it an "undemocratic" and "oppressive" move if applied in Hong Kong, the Western politicians and media are revealing their true colors－of being blatantly biased against China.

Besides, the Western media referred to the Hong Kong insurrectionists as "pro-democracy activists", but when it came to those who stormed the Capitol Hill on Jan 6, they were labelled hooligans, rioters and "white supremacists", and brought to book. And, of course, the Western media as usual would either downplay or gloss over the atrocities perpetrated by the police on the people, especially minorities, in the US, but would blow out of proportion even an alleged police brutality in Hong Kong, though no casualty among the protesters was reported throughout the unrest.

The issue of electoral reform is intrinsic to Hong Kong, yet the Western critics were quick to make weird assumptions as soon as it was announced. They questioned the vetting of candidates by the National Security Department of the Hong Kong police, and tried to stigmatize it by claiming it as the harbinger of the imminent crackdown on civil liberties, government critics, and political freedom in the SAR.

In fact, the Western powers have been using these allegations against any reform move the SAR government has made, in order to stoke social dissent, precipitate unrest and encourage secessionist forces, as well as justify foreign interference in Hong Kong ever since the city under British colonial rule returned to China in 1997. Indeed, the promulgation of the National Security Law for Hong Kong was long overdue. And now that it has been implemented, it should end all the diabolical gimmicks cloaked in the values of liberal democracy in the SAR.

Another important electoral revamp is the reduction of directly elected seats in the LegCo, from 35 to 20. And as was expected, the Western critics maliciously inferred that the move is intended to deny universal suffrage in Hong Kong.

The truth is that under the earlier system, five large constituencies had been returning several legislators even though they garnered a small percentage of the total votes under the proportional representation system. Some candidates won the election despite securing less than 10 percent of the total votes in their constituencies, thus raising a big question on the credibility of their political representation. This system has been replaced by 10 constituencies, each returning two candidates with the most votes polled.

Under the new electoral rules, anyone who wants to contest the LegCo elections will have to secure at least two nominations from each of the five sectors of the Hong Kong Election Committee, thus raising the bar for potential candidates. This should in no way be viewed as a regression of democracy. This will help plug the loopholes which populists of inadequate political representation used to enter the election race.

Moreover, the Election Committee, whose main task earlier was to select the chief executive, will wield greater power because now it will play a bigger role in the selection of 40 lawmakers in the expanded 90-member LegCo. As such, the Hong Kong Election Committee is transforming into a more inclusive electoral college with more representations in the gamut of economic sectors as well as grassroots entities. In other words, it is no longer a power vehicle in the grip of a privileged few, who dominated the key economic sectors in the past.

Parallel to this, the inclusion of ex-official participants－the deputies to the NPC and members of the National Committee of the Chinese People's Political Consultative Conference from Hong Kong－on the Election Committee is no reason for the China critics to frown upon because Hong Kong is a territory of China. The powers of the country's top legislature must be well understood by the Election Committee as it is central to the SAR's political governance.

While propagating democratic elections across the world, Western political pundits and media have been excessively tolerant of gerrymandering－an unfair practice of re-demarcating electoral boundaries to favor specific political entities, notably by establishing the first-past-the-post electoral system.

And in doing so, they have sought to turn a blind eye to the fact that the electoral reform was necessary and has been implemented to meet the needs of Hong Kong to integrate with the motherland. Certainly, it is not designed to suit the whims and fancies of the foreign interventionists.

The electoral reform in Hong Kong might serve as a rude wakeup call to those who are still obsessed with their colonial past. They have to live with the reality that Hong Kong is no longer under a foreign power's colonial rule. Nor is it a foreign concession on Chinese soil as was the case with Shanghai before the founding of the People's Republic in 1949.

The views don't necessarily reflect those of China Daily. 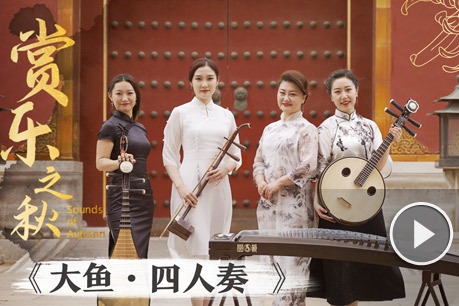 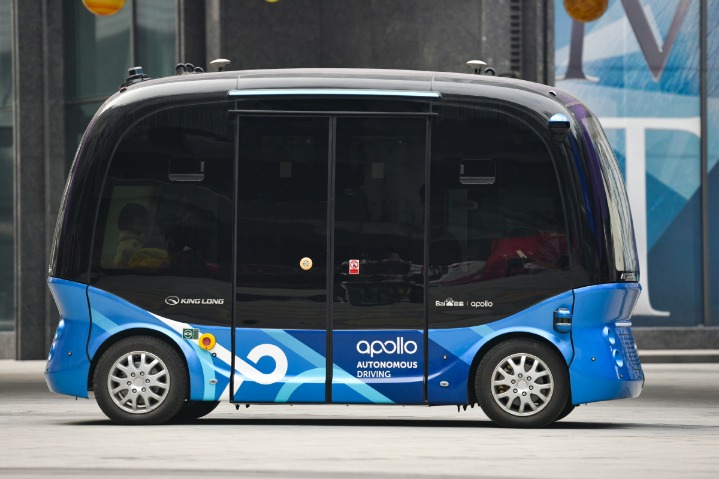 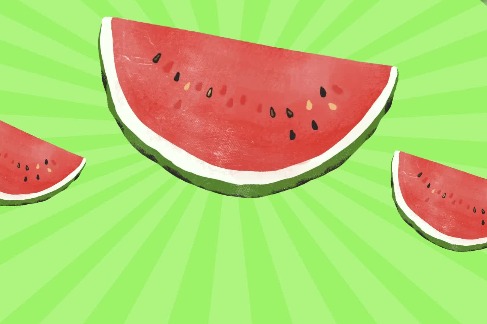 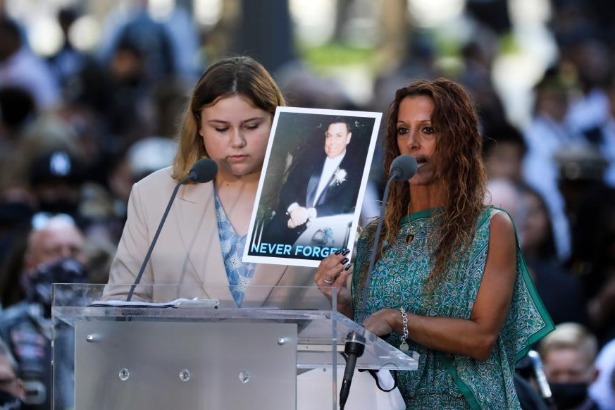 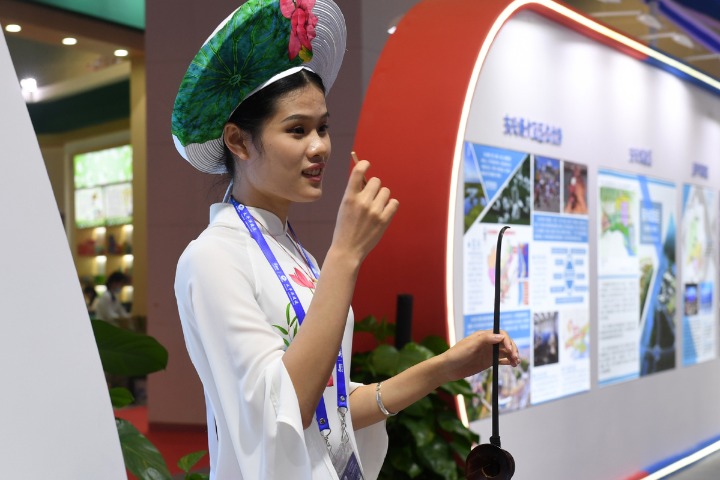